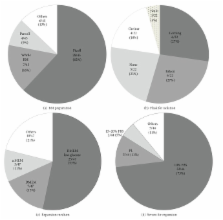 Administration of bone marrow-derived mesenchymal stem cells (MSCs) is an innovative approach for the treatment of a range of diseases that are not curable by current therapies including heart failure. A number of clinical trials have been completed and many others are ongoing; more than 2,000 patients worldwide have been administered with culture-expanded allogeneic or autologous MSCs for the treatment of various diseases, showing feasibility and safety (and some efficacy) of this approach. However, protocols for isolation and expansion of donor MSCs vary widely between these trials, which could affect the efficacy of the therapy. It is therefore important to develop international standards of MSC production, which should be evidence-based, regulatory authority-compliant, of good medical practice grade, cost-effective, and clinically practical, so that this innovative approach becomes an established widely adopted treatment. This review article summarizes protocols to isolate and expand bone marrow-derived MSCs in 47 recent clinical trials of MSC-based therapy, which were published after 2007 onwards and provided sufficient methodological information. Identified issues and possible solutions associated with the MSC production methods, including materials and protocols for isolation and expansion, are discussed with reference to relevant experimental evidence with aim of future clinical success of MSC-based therapy.

J Gorskaja,  A Y Friedenstein,  N N Kulagina (1976)
Using the in vitro colony assay, clonogenic fibroblast precursor cells (CFU-F) were detected in the bone marrow, spleen and thymus from adult mice. The survival curve for CFU-F of mouse bone marrow irradiated in vitro has a D0 of 220 r. Regeneration of bone marrow CFU-F after whole-body irradiation with 150 r is characterized by a marked secondary loss and post-irradiation lag and dip, lasting 6 days, followed by return to normal values by about the 25th day. This pattern of post-radiation recovery of CFU-F is similar to that of the CFU-s. In addition, during the first 6 hours following irradiation the number of CFU-F increased approximately twofold.

James Ankrum,  Heini Karp (2010)
Mesenchymal stem cell (MSC) therapy is poised to establish a new clinical paradigm; however, recent trials have produced mixed results. Although MSC were originally considered to treat connective tissue defects, preclinical studies revealed potent immunomodulatory properties that prompted the use of MSC to treat numerous inflammatory conditions. Unfortunately, although clinical trials have met safety endpoints, efficacy has not been demonstrated. We believe the challenge to demonstrate efficacy can be attributed in part to an incomplete understanding of the fate of MSC following infusion. Here, we highlight the clinical status of MSC therapy and discuss the importance of cell-tracking techniques, which have advanced our understanding of the fate and function of systemically infused MSC and might improve clinical application. Copyright 2010 Elsevier Ltd. All rights reserved.

Expansion of human adult stem cells from bone marrow stroma: conditions that maximize the yields of early progenitors and evaluate their quality.

Ichiro Sekiya,  Benjamin L Larson,  Jason R Smith … (2002)
There is considerable interest in the biology and therapeutic potential of adult stem cells from bone marrow stroma, variously referred to as mesenchymal stem cells or marrow stromal cells (MSCs). Human MSCs can expand rapidly in culture, but the rate of expansion and the yields of multipotential progenitors are inversely related to the plating density and incubation time of each passage. We have defined conditions for optimizing the yields of cultures enriched for early progenitors. Also, we developed a simple method for assessing the quality of the cultures by phase-contrast microscopy and image analysis or by forward light scatter in a flow cytometer. The cells expanded most rapidly on day 4 after plating, with a minimum average doubling time of about 10 hours for cells initially plated at 10 or 50 cells/cm(2). After plating the cells at 1 to 1000 cells/cm(2), the cultures underwent a time-dependent transition from early progenitors, defined as thin, spindle-shaped cells (RS-1A), to wider, spindle-shaped cells (RS-1B), and to still wider, spindle-shaped cells (RS-1C). Assays for adipogenesis demonstrated that the adipogenic potential of cultures was directly related to their ability to generate single-cell-derived colonies and their enrichment for RS-1A cells. In contrast, cultures enriched for RS-1B cells showed the greatest potential to differentiate into cartilage in a serum-free system. The results indicate that, when preparing cultures of human MSCs, it is necessary to compromise between conditions that provide the highest overall yields and those that provide the highest content of early progenitor cells.