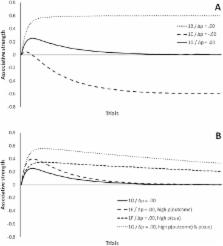 Abstract. Decades of research in causal and contingency learning show that people’s estimations of the degree of contingency between two events are easily biased by the relative probabilities of those two events. If two events co-occur frequently, then people tend to overestimate the strength of the contingency between them. Traditionally, these biases have been explained in terms of relatively simple single-process models of learning and reasoning. However, more recently some authors have found that these biases do not appear in all dependent variables and have proposed dual-process models to explain these dissociations between variables. In the present paper we review the evidence for dissociations supporting dual-process models and we point out important shortcomings of this literature. Some dissociations seem to be difficult to replicate or poorly generalizable and others can be attributed to methodological artifacts. Overall, we conclude that support for dual-process models of biased contingency detection is scarce and inconclusive.

Associative and propositional processes in evaluation: an integrative review of implicit and explicit attitude change.

Bertram Gawronski, Galen Bodenhausen (2006)
A central theme in recent research on attitudes is the distinction between deliberate, "explicit" attitudes and automatic, "implicit" attitudes. The present article provides an integrative review of the available evidence on implicit and explicit attitude change that is guided by a distinction between associative and propositional processes. Whereas associative processes are characterized by mere activation independent of subjective truth or falsity, propositional reasoning is concerned with the validation of evaluations and beliefs. The proposed associative-propositional evaluation (APE) model makes specific assumptions about the mutual interplay of the 2 processes, implying several mechanisms that lead to symmetric or asymmetric changes in implicit and explicit attitudes. The model integrates a broad range of empirical evidence and implies several new predictions for implicit and explicit attitude change.

Judgment of contingency in depressed and nondepressed students: sadder but wiser?