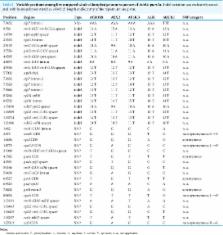 Astelia pumila (G.Forst.) Gaudich. (Asteliaceae, Asparagales) is a major element of West Patagonian cushion peat bog vegetation. With the aim to identify appropriate chloroplast markers for the use in a phylogeographic study, the complete chloroplast genomes of five A. pumila accessions from almost the entire geographical range of the species were assembled and screened for variable positions. The chloroplast genome sequence was obtained via a mapping approach, using Eustrephus latifolius (Asparagaceae) as a reference. The chloroplast genome of A. pumila varies in length from 158,215 bp to 158,221 bp, containing a large single copy region of 85,981–85,983 bp, a small single copy region of 18,182–18,186 bp and two inverted repeats of 27,026 bp. Genome annotation predicted a total of 113 genes, including 30 tRNA and four rRNA genes. Sequence comparisons revealed a very low degree of intraspecific genetic variability, as only 37 variable sites (18 indels, 18 single nucleotide polymorphisms, one 3-bp mutation)—most of them autapomorphies—were found among the five assembled chloroplast genomes. A Maximum Likelihood analysis, based on whole chloroplast genome sequences of several Asparagales accessions representing six of the currently recognized 14 families ( sensu APG IV), confirmed the phylogenetic position of A. pumila. The chloroplast genome of A. pumila is the first to be reported for a member of the astelioid clade (14 genera with c. 215 species), a basally branching group within Asparagales.

Rui-Jiang Wang,  Chiao-Lei Cheng,  Ching-Chun Chang … (2008)
Background Various expansions or contractions of inverted repeats (IRs) in chloroplast genomes led to fluxes in the IR-LSC (large single copy) junctions. Previous studies revealed that some monocot IRs contain a trnH-rps19 gene cluster, and it has been speculated that this may be an evidence of a duplication event prior to the divergence of monocot lineages. Therefore, we compared the organizations of genes flanking two IR-LSC junctions in 123 angiosperm representatives to uncover the evolutionary dynamics of IR-LSC junctions in basal angiosperms and monocots. Results The organizations of genes flanking IR-LSC junctions in angiosperms can be classified into three types. Generally each IR of monocots contains a trnH-rps19 gene cluster near the IR-LSC junctions, which differs from those in non-monocot angiosperms. Moreover, IRs expanded more progressively in monocots than in non-monocot angiosperms. IR-LSC junctions commonly occurred at polyA tract or A-rich regions in angiosperms. Our RT-PCR assays indicate that in monocot IRA the trnH-rps19 gene cluster is regulated by two opposing promoters, S10 A and psbA. Conclusion Two hypotheses are proposed to account for the evolution of IR expansions in monocots. Based on our observations, the inclusion of a trnH-rps19 cluster in majority of monocot IRs could be reasonably explained by the hypothesis that a DSB event first occurred at IRB and led to the expansion of IRs to trnH, followed by a successive DSB event within IRA and lead to the expansion of IRs to rps19 or to rpl22 so far. This implies that the duplication of trnH-rps19 gene cluster was prior to the diversification of extant monocot lineages. The duplicated trnH genes in the IRB of most monocots and non-monocot angiosperms have distinct fates, which are likely regulated by different expression levels of S10 A and S10 B promoters. Further study is needed to unravel the evolutionary significance of IR expansion in more recently diverged monocots.

The chloroplast genome of Phalaenopsis aphrodite (Orchidaceae): comparative analysis of evolutionary rate with that of grasses and its phylogenetic implications.

Ching-Chun Chang,  Hsien-Chia Lin,  I-Pin Lin … (2006)
Whether the Amborella/Amborella-Nymphaeales or the grass lineage diverged first within the angiosperms has recently been debated. Central to this issue has been focused on the artifacts that might result from sampling only grasses within the monocots. We therefore sequenced the entire chloroplast genome (cpDNA) of Phalaenopsis aphrodite, Taiwan moth orchid. The cpDNA is a circular molecule of 148,964 bp with a comparatively short single-copy region (11,543 bp) due to the unusual loss and truncation/scattered deletion of certain ndh subunits. An open reading frame, orf91, located in the complementary strand of the rrn23 was reported for the first time. A comparison of nucleotide substitutions between P. aphrodite and the grasses indicates that only the plastid expression genes have a strong positive correlation between nonsynonymous (Ka) and synonymous (Ks) substitutions per site, providing evidence for a generation time effect, mainly across these genes. Among the intron-containing protein-coding genes of the sampled monocots, the Ks of the genes are significantly correlated to transitional substitutions of their introns. We compiled a concatenated 61 protein-coding gene alignment for the available 20 cpDNAs of vascular plants and analyzed the data set using Bayesian inference, maximum parsimony, and neighbor-joining (NJ) methods. The analyses yielded robust support for the Amborella/Amborella-Nymphaeales-basal hypothesis and for the orchid and grasses together being a monophyletic group nested within the remaining angiosperms. However, the NJ analysis using Ka, the first two codon positions, or amino acid sequences, respectively, supports the monocots-basal hypothesis. We demonstrated that these conflicting angiosperm phylogenies are most probably linked to the transitional sites at all codon positions, especially at the third one where the strong base-composition bias and saturation effect take place.

David Laehnemann,  Arndt Borkhardt,  Alice Carolyn McHardy (2015)
Characterizing the errors generated by common high-throughput sequencing platforms and telling true genetic variation from technical artefacts are two interdependent steps, essential to many analyses such as single nucleotide variant calling, haplotype inference, sequence assembly and evolutionary studies. Both random and systematic errors can show a specific occurrence profile for each of the six prominent sequencing platforms surveyed here: 454 pyrosequencing, Complete Genomics DNA nanoball sequencing, Illumina sequencing by synthesis, Ion Torrent semiconductor sequencing, Pacific Biosciences single-molecule real-time sequencing and Oxford Nanopore sequencing. There is a large variety of programs available for error removal in sequencing read data, which differ in the error models and statistical techniques they use, the features of the data they analyse, the parameters they determine from them and the data structures and algorithms they use. We highlight the assumptions they make and for which data types these hold, providing guidance which tools to consider for benchmarking with regard to the data properties. While no benchmarking results are included here, such specific benchmarks would greatly inform tool choices and future software development. The development of stand-alone error correctors, as well as single nucleotide variant and haplotype callers, could also benefit from using more of the knowledge about error profiles and from (re)combining ideas from the existing approaches presented here.