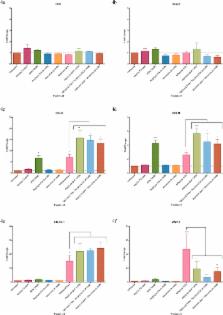 Mycosporine-like amino acids (MAAs) are UVR-absorbing metabolites typically produced by cyanobacteria and marine algae, but their properties are not limited to direct sun screening protection. Herein, we examine the antioxidant activities of porphyra-334 and shinorine and demonstrate that these MAAs are prospective activators of the cytoprotective Keap1-Nrf2 pathway. The ability of porphyra-334 and shinorine to bind with Keap1 was determined using fluorescence polarization (FP) and thermal shift assays to detect Keap1 receptor antagonism. Concomitantly, the ability of porphyra-334 and shinorine to dissociate Nrf2 from Keap1 was confirmed also by measurement of increased mRNA expression of Nrf2 targeted genes encoding oxidative stress defense proteins in primary skin fibroblasts prior and post UVR exposure. Surprisingly, enhanced transcriptional regulation was only promoted by MAAs in cells after exposure to UVR-induced oxidative stress. Furthermore, the in-vitro antioxidant activities of porphyra-334 and shinorine determined by the DPPH free-radical quenching assay were low in comparison to ascorbic acid. However, their antioxidant capacity determined by the ORAC assay to quench free radicals via hydrogen atom transfer is substantial. Hence, the dual nature of MAAs to provide antioxidant protection may offer a prospective chemotherapeutic strategy to prevent or retard the progression of multiple degenerative disorders of ageing.

NRF2 and cancer: the good, the bad and the importance of context.

Michael B. Sporn,  Karen Liby (2012)
Many studies of chemopreventive drugs have suggested that their beneficial effects on suppression of carcinogenesis and many other chronic diseases are mediated through activation of the transcription factor NFE2-related factor 2 (NRF2). More recently, genetic analyses of human tumours have indicated that NRF2 may conversely be oncogenic and cause resistance to chemotherapy. It is therefore controversial whether the activation, or alternatively the inhibition, of NRF2 is a useful strategy for the prevention or treatment of cancer. This Opinion article aims to rationalize these conflicting perspectives by critiquing the context dependence of NRF2 functions and the experimental methods behind these conflicting data.

Nrf2 enhances resistance of cancer cells to chemotherapeutic drugs, the dark side of Nrf2.

Xiao Wang,  L Villeneuve,  Maria P. Wong … (2008)
Drug resistance during chemotherapy is the major obstacle to the successful treatment of many cancers. Here, we report that inhibition of NF-E2-related factor 2 (Nrf2) may be a promising strategy to combat chemoresistance. Nrf2 is a critical transcription factor regulating a cellular protective response that defends cells against toxic insults from a broad spectrum of chemicals. Under normal conditions, the low constitutive amount of Nrf2 protein is maintained by the Kelch-like ECH-associated protein1 (Keap1)-mediated ubiquitination and proteasomal degradation system. Upon activation, this Keap1-dependent Nrf2 degradation mechanism is quickly inactivated, resulting in accumulation and activation of the antioxidant response element (ARE)-dependent cytoprotective genes. Since its discovery, Nrf2 has been viewed as a 'good' transcription factor that protects us from many diseases. In this study, we demonstrate the dark side of Nrf2: stable overexpression of Nrf2 resulted in enhanced resistance of cancer cells to chemotherapeutic agents including cisplatin, doxorubicin and etoposide. Inversely, downregulation of the Nrf2-dependent response by overexpression of Keap1 or transient transfection of Nrf2-small interfering RNA (siRNA) rendered cancer cells more susceptible to these drugs. Upregulation of Nrf2 by the small chemical tert-butylhydroquinone (tBHQ) also enhanced the resistance of cancer cells, indicating the feasibility of using small chemical inhibitors of Nrf2 as adjuvants to chemotherapy to increase the efficacy of chemotherapeutic agents. Furthermore, we provide evidence that the strategy of using Nrf2 inhibitors to increase efficacy of chemotherapeutic agents is not limited to certain cancer types or anticancer drugs and thus can be applied during the course of chemotherapy to treat many cancer types.

Both authors contributed equally to the experimental work.