Female genital mutilation – why does it still exist in Africa? 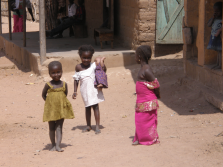 Female genital mutilation (FGM) includes all procedures that involve partial or total removal of the external female genitalia for non-medical reasons. FGM is practised in many parts of the world – including 28 African countries, some countries in the Middle East and Asia, and some population groups in Central and South America. Its prevalence rates range from 0.6% up to 97.9%, and it has been classified as a violation of human and children’s rights. Consequently, several countries have passed laws against the practice and many international programmes have been implemented to abandon it. Yet, FGM still prevails in many countries. This literature review aimed at identifying the underlying reasons for the perpetuation of FGM, ascertaining forces that foster its promotion and persistence and who is responsible for pushing its continuation. The main goal was to try to understand the underlying causes that make FGM resistant against initiatives and campaigns targeting its elimination. A literature search was carried out using several databases. All sources that approached the topic of FGM were incorporated including literature reviews, systematic reviews, qualitative and quantitative as well as mixed-method studies that described attitudes towards FGM and factors associated with its practice. Different factors that were interlinked could be identified at the individual, interpersonal, organisational/institutional as well as the community/societal level as the underlying causes of the perpetuation for FGM. These factors varied within and between different settings, and include individual characteristics such as parents’ level of education, place of residence, personal beliefs (aesthetics, health benefits, hygiene) about FGM as well as the medicalisation of FGM and the involvement of health care professionals at the institutional level. Cultural factors like gender inequality, social norms and pressure also played an important role. Surprisingly, no evidence that supported religious motives could be found in any of the three monotheistic religions. This review suggests that the reasons behind the performance of FGM differ between and within countries and contexts, but cannot be found in the scriptures even though it is mainly practiced by Muslims. Girls with low education living in small Muslim communities, in rural areas in Africa and whose parents especially the mother had a low educational level, were at increased risk of undergoing FGM. Successful actions to eliminate this practice require a balance between respect of culture and human rights. Practising communities should be involved in each step of every programme. Finally, it is crucial to target the young generations through education, women empowerment and reduction of gender inequality.

Dynamics of change in the practice of female genital cutting in Senegambia: testing predictions of social convention theory.

Ylva Hernlund,  Katherine Moreau,  Katherine Wander … (2011)
Recent reviews of intervention efforts aimed at ending female genital cutting (FGC) have concluded that progress to date has been slow, and call for more efficient programs informed by theories on behavior change. Social convention theory, first proposed by Mackie (1996), posits that in the context of extreme resource inequality, FGC emerged as a means of securing a better marriage by signaling fidelity, and subsequently spread to become a prerequisite for marriage for all women. Change is predicted to result from coordinated abandonment in intermarrying groups so as to preserve a marriage market for uncircumcised girls. While this theory fits well with many general observations of FGC, there have been few attempts to systematically test the theory. We use data from a three year mixed-method study of behavior change that began in 2004 in Senegal and The Gambia to explicitly test predictions generated by social convention theory. Analyses of 300 in-depth interviews, 28 focus group discussions, and survey data from 1220 women show that FGC is most often only indirectly related to marriageability via concerns over preserving virginity. Instead we find strong evidence for an alternative convention, namely a peer convention. We propose that being circumcised serves as a signal to other circumcised women that a girl or woman has been trained to respect the authority of her circumcised elders and is worthy of inclusion in their social network. In this manner, FGC facilitates the accumulation of social capital by younger women and of power and prestige by elder women. Based on this new evidence and reinterpretation of social convention theory, we suggest that interventions aimed at eliminating FGC should target women's social networks, which are intergenerational, and include both men and women. Our findings support Mackie's assertion that expectations regarding FGC are interdependent; change must therefore be coordinated among interconnected members of social networks. Published by Elsevier Ltd.

Female genital mutilation in Upper Egypt in the new millennium.

Salah Rasheed,  Ahmed H Abd-Ellah,  Fouad Yousef (2011)
To estimate the influence of the 2007 criminalization law on the prevalence and yearly incidence of female genital mutilation (FGM) in Upper Egypt and assess the attitudes of both the population and their health providers toward FGM.