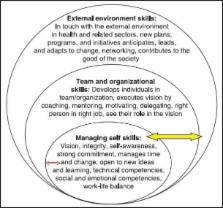 Sanjiv Kumar,  GS Preetha (2012)
Health promotion is very relevant today. There is a global acceptance that health and social wellbeing are determined by many factors outside the health system which include socioeconomic conditions, patterns of consumption associated with food and communication, demographic patterns, learning environments, family patterns, the cultural and social fabric of societies; sociopolitical and economic changes, including commercialization and trade and global environmental change. In such a situation, health issues can be effectively addressed by adopting a holistic approach by empowering individuals and communities to take action for their health, fostering leadership for public health, promoting intersectoral action to build healthy public policies in all sectors and creating sustainable health systems. Although, not a new concept, health promotion received an impetus following Alma Ata declaration. Recently it has evolved through a series of international conferences, with the first conference in Canada producing the famous Ottawa charter. Efforts at promoting health encompassing actions at individual and community levels, health system strengthening and multi sectoral partnership can be directed at specific health conditions. It should also include settings-based approach to promote health in specific settings such as schools, hospitals, workplaces, residential areas etc. Health promotion needs to be built into all the policies and if utilized efficiently will lead to positive health outcomes.

From theory to action: applying social determinants of health to public health practice.