Curcumin and its Derivatives: Their Application in Neuropharmacology and Neuroscience in the 21st Century 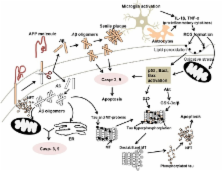 Curcumin (diferuloylmethane), a polyphenol extracted from the plant Curcuma longa, is widely used in Southeast Asia, China and India in food preparation and for medicinal purposes. Since the second half of the last century, this traditional medicine has attracted the attention of scientists from multiple disciplines to elucidate its pharmacological properties. Of significant interest is curcumin’s role to treat neurodegenerative diseases including Alzheimer’s disease (AD), and Parkinson’s disease (PD) and malignancy. These diseases all share an inflammatory basis, involving increased cellular reactive oxygen species (ROS) accumulation and oxidative damage to lipids, nucleic acids and proteins. The therapeutic benefits of curcumin for these neurodegenerative diseases appear multifactorial via regulation of transcription factors, cytokines and enzymes associated with (Nuclear factor kappa beta) NFκB activity. This review describes the historical use of curcumin in medicine, its chemistry, stability and biological activities, including curcumin's anti-cancer, anti-microbial, anti-oxidant, and anti-inflammatory properties. The review further discusses the pharmacology of curcumin and provides new perspectives on its therapeutic potential and limitations. Especially, the review focuses in detail on the effectiveness of curcumin and its mechanism of actions in treating neurodegenerative diseases such as Alzheimer’s and Parkinson’s diseases and brain malignancies.

Mutation in the alpha-synuclein gene identified in families with Parkinson's disease.

M H Polymeropoulos,  C Lavedan,  Bruce E. LeRoy … (1997)
Parkinson's disease (PD) is a common neurodegenerative disorder with a lifetime incidence of approximately 2 percent. A pattern of familial aggregation has been documented for the disorder, and it was recently reported that a PD susceptibility gene in a large Italian kindred is located on the long arm of human chromosome 4. A mutation was identified in the alpha-synuclein gene, which codes for a presynaptic protein thought to be involved in neuronal plasticity, in the Italian kindred and in three unrelated families of Greek origin with autosomal dominant inheritance for the PD phenotype. This finding of a specific molecular alteration associated with PD will facilitate the detailed understanding of the pathophysiology of the disorder.

Kyle Hill,  N Butters,  J. R. Terry … (1991)
We present here both linear regressions and multivariate analyses correlating three global neuropsychological tests with a number of structural and neurochemical measurements performed on a prospective series of 15 patients with Alzheimer's disease and 9 neuropathologically normal subjects. The statistical data show only weak correlations between psychometric indices and plaques and tangles, but the density of neocortical synapses measured by a new immunocytochemical/densitometric technique reveals very powerful correlations with all three psychological assays. Multivariate analysis by stepwise regression produced a model including midfrontal and inferior parietal synapse density, plus inferior parietal plaque counts with a correlation coefficient of 0.96 for Mattis's Dementia Rating Scale. Plaque density contributed only 26% of that strength.