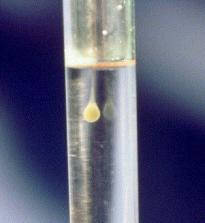 The biology and pathogenesis of coronaviruses.

Arnold A.P.M. Herrewegh,  Harry Vennema,  Marian C Horzinek … (1995)
Feline coronaviruses (FCoVs) have been subdivided into feline enteric coronaviruses (FECVs) and feline infectious peritonitis viruses (FIPVs) on the basis of pathogenic properties. Serologically, a distinction has been made between type I and II FCoVs, the latter of which more closely resemble canine coronavirus (CCV). To gain more insight into the genetic relationships between different FCoV biotypes, we determined the nucleotide sequences of the ORF7a/7b transcription unit of nine strains. The following observations were made: (i) The sequences are 87-100% identical. In this part of the genome, type I and II FCoVs are more closely related to each other than to CCV. To explain the genetic and antigenic differences between the spike genes of type I and II FCoVs, we postulate that type II FCoVs have arisen by an RNA recombination event between a type I FCoV and CCV. (ii) The avirulent "FECV" strains UCD and 79-1683 are more similar to virulent "FIPV" strains than to each other. Our findings thus support the notion that FECV and FIPV are not different species but merely virulence variants. (iii) In contrast to FECV 79-1683, FECV UCD contains an intact ORF7b, indicating that ORF7b deletions are not a universal distinguishing property of FECVs. (iv) ORF7b deletions readily occur in vitro, correlating with loss of virulence. By reverse transcription polymerase chain reaction analysis, we show that in naturally occurring FCoVs ORF7b is maintained Thus, ORF7b seems to provide a distinct selective advantage during natural infection.

Christopher W. Olsen (1993)
Feline infectious peritontis (FIP) has been an elusive and frustrating problem for veterinary practitioners and cat breeders for many years. Over the last several years, reports have begun to elucidate aspects of the molecular biology of the causal virus (FIPV). These papers complement a rapidly growing base of knowledge concerning the molecular organization and replication of coronaviruses in general. The fascinating immunopathogenesis of FIPV infection and the virus' interaction with macrophages has also been the subject of several recent papers. It is now clear that FIPV may be of interest to scientists other than veterinary virologists since its pathogenesis may provide a useful model system for other viruses whose infectivity is enhanced in the presence of virus-specific antibody. With these advances and the recent release of the first commercially-available FIPV vaccine, it is appropriate to review what is known about the organization and replication of coronaviruses and the pathogenesis of FIPV infection.