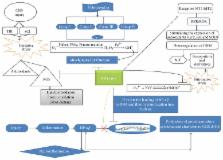 Brain and spinal cord are implicated in incidences of two of the most severe injuries of central nervous system (CNS). Traumatic brain injury (TBI) is a devastating neurological deficit involving primary and secondary injury cascades. The primary and secondary mechanisms include complex consequences of activation of proinflammatory cytokines, cerebral edema, upregulation of NF- κ β, disruption of blood-brain barrier (BBB), and oxidative stress. Spinal cord injury (SCI) includes primary and secondary injury cascades. Primary injury leads to secondary injury in which generation of free radicals and oxidative or nitrative damage play an important pathophysiological role. The indoleamine melatonin is a hormone secreted or synthesized by pineal gland in the brain which helps to regulate sleep and wake cycle. Melatonin has been shown to be a versatile hormone having antioxidative, antiapoptotic, neuroprotective, and anti-inflammatory properties. It has a special characteristic of crossing BBB. Melatonin has neuroprotective role in the injured part of the CNS after TBI and SCI. A number of studies have successfully shown its therapeutic value as a neuroprotective agent in the treatment of neurodegenerative diseases. Here in this review we have compiled the literature supporting consequences of CNS injuries, TBI and SCI, and the protective role of melatonin in it.

M Valko,  Dagmar Vondrakova,  Michael Lawson … (2010)
The neurodegenerative diseases, Alzheimer's disease (AD) and Parkinson's disease (PD), are age-related disorders characterized by the deposition of abnormal forms of specific proteins in the brain. AD is characterized by the presence of extracellular amyloid plaques and intraneuronal neurofibrillary tangles in the brain. Biochemical analysis of amyloid plaques revealed that the main constituent is fibrillar aggregates of a 39-42 residue peptide referred to as the amyloid-β protein (Aβ). PD is associated with the degeneration of dopaminergic neurons in the substantia nigra pars compacta. One of the pathological hallmarks of PD is the presence of intracellular inclusions called Lewy bodies that consist of aggregates of the presynaptic soluble protein called α-synuclein. There are various factors influencing the pathological depositions, and in general, the cause of neuronal death in neurological disorders appears to be multifactorial. However, it is clear, that the underlying factor in the neurological disorders is increased oxidative stress substantiated by the findings that the protein side-chains are modified either directly by reactive oxygen species (ROS) or reactive nitrogen species (RNS), or indirectly, by the products of lipid peroxidation. The increased level of oxidative stress in AD brain is reflected by the increased brain content of iron (Fe) and copper (Cu) both capable of stimulating free radical formation (e.g. hydroxyl radicals via Fenton reaction), increased protein and DNA oxidation in the AD brain, enhanced lipid peroxidation, decreased level of cytochrome c oxidase and advanced glycation end products (AGEs), carbonyls, malondialdehyde (MDA), peroxynitrite, and heme oxygenase-1 (HO-1). AGEs, mainly through their interaction with receptors for advanced glycation end products (RAGEs), further activate signaling pathways, inducing formation of proinflammatory cytokines such as interleukin-6 (IL-6). The conjugated aromatic ring of tyrosine residues is a target for free-radical attack, and accumulation of dityrosine and 3-nitrotyrosine has also been reported in AD brain. The oxidative stress linked with PD is supported by both postmortem studies and by studies showing the increased level of oxidative stress in the substantia nigra pars compacta, demonstrating thus the capacity of oxidative stress to induce nigral cell degeneration. Markers of lipid peroxidation include 4-hydroxy-trans-2-nonenal (HNE), 4-oxo-trans-2-nonenal (4-ONE), acrolein, and 4-oxo-trans-2-hexenal, all of which are well recognized neurotoxic agents. In addition, other important factors, involving inflammation, toxic action of nitric oxide (NO·), defects in protein clearance, and mitochondrial dysfunction all contribute to the etiology of PD. It has been suggested that several individual antioxidants or their combinations can be neuroprotective and decrease the risk of AD or slow its progression. The aim of this review is to discuss the role of redox metals Fe and Cu and non-redox metal zinc (Zn) in oxidative stress-related etiology of AD and PD. Attention is focused on the metal-induced formation of free radicals and the protective role of antioxidants [glutathione (GSH), vitamin C (ascorbic acid)], vitamin E (α-Tocopherol), lipoic acid, flavonoids [catechins, epigallocatechin gallate (EGCG)], and curcumin. An alternate hypothesis topic in AD is also discussed.

Inflammation and its role in neuroprotection, axonal regeneration and functional recovery after spinal cord injury.

J Donnelly,  Phillip G. Popovich (2008)
Trauma to the central nervous system (CNS) triggers intraparenchymal inflammation and activation of systemic immunity with the capacity to exacerbate neuropathology and stimulate mechanisms of tissue repair. Despite our incomplete understanding of the mechanisms that control these divergent functions, immune-based therapies are becoming a therapeutic focus. This review will address the complexities and controversies of post-traumatic neuroinflammation, particularly in spinal cord. In addition, current therapies designed to target neuroinflammatory cascades will be discussed.