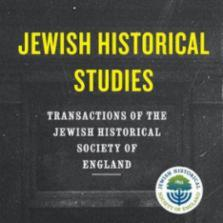 With this book Gil Toffell makes an excellent contribution to both the Jewish and film history of the interwar period. Expertly researched and engagingly written, Toffell presents a comprehensive portrait of the role cinema played, as object and communal site, for working-class and petit-bourgeois Jews living in the East End of London, Chapeltown in Leeds, and Manchester’s Cheetham Hill. His study maps the role played by cinema in the “improvisatory process” (p. 11) by which a generation of Jews assimilated into British society. It was, as he makes clear, a balancing act between participation in Jewish communal life and entry into the broader society.

Toffell’s investigation focuses sequentially on spaces, films, and individuals. Drawing on Miriam Hansen’s work on the reception of early cinema in the US and the well-known theoretical framework of Oscar Negt and Alexander Kluge regarding the politics of counter-public spheres, Toffell considers the soft politics enacted through communal spaces, most importantly the cinemas located in Jewish neighbourhoods. To his credit, Toffell acknowledges that locating activities in a counter-public does not define those activities as necessarily oppositional. Indeed, assessing the political tenor of communal life requires the kind of historical close reading Toffell pursues throughout the book. Still, those who frequented London cinemas like the Rivoli or Pavilion Theatre in Whitechapel Road, or the Troxy in Commercial Road, while not having an explicit plan to resist hegemonic structures, nevertheless found in these and many other theatres a secular sanctuary for various types of identity formation or, at least, a retreat from hostile conditions beyond the neighbourhood. Many East End venues served as shifting sites of Jewish culture, movies most regularly perhaps but, over time, Yiddish theatres and meeting halls as well. Toffell notes, too, that cinemas were also home to the hard politics of activism, such as Zionist meetings in October 1928 held at the Victory Picture Palace in Leeds.

Toffell argues that many Jewish theatres resisted pressure from Jewish elites or non-Jews to erase the signs of ethnicity that screamed out from the advertisements mounted on building facades. He illustrates this with a photograph of the Apollo Picture House in Stoke Newington (London) which, when it ran the film Souls in Exile, put up several large billboards expressly advertising the film as “The Jewish Drama” and “An Extraordinary Jewish Drama” (p. 33). And yet, Toffell suggests we understand these venues not as sites of retreat where Jews sought insulation from the currents of the Gentile world but as a step into the “culture of modernity”. As he puts it, “These milieu[x] were not peripheral backwaters – shtetlekh transplanted to the new world – but sites networked into the global flows of leisure commerce” (p. 35).

Fortunately, Toffell’s chapter on the cinemas populating Jewish neighbourhoods does not get bogged down in a lengthy rehashing of the theoretical literature about public spheres. He gives us enough to understand the point. At times, though, his discussion gets tangled in the weeds of London neighbourhoods and the minute details of where films played and when, obscuring the larger picture. While this does not undermine his foundational chapter on “The Spaces and Places of Jewish Cinema Culture”, there is a welcome turn when his focus shifts to specific films and how they were marketed to the Jewish movie-going community.

Films of Jewish interest tended to represent Jews in one of three ways: as exotic others in a European context, as central figures in biblical treatments, and as citizens of the ghetto, the latter frequently holding up a mirror to the working-class patrons of the East End. From my perspective, the most provocative discussion of this section pivots on differing conceptions of the “melting pot” for American and British Jews. In the American context, the idea made sense, given the tremendous infusion of immigrants between 1880 and 1920. But for British Jews, as Toffell puts it, the prevailing discourse “advocated assimilation into an established and stable dominant culture – a process typically referred to as Anglicisation” (p. 75). The publicity surrounding the release of The Jazz Singer is a fascinating case in point. Toffell points out that for its British exhibition the Jolson part-talkie was framed not as the story of a ghetto Jew seeking acceptance into modern America; rather, its promotion appealed “to identifiably conservative Jewish cultural tastes” (p. 79).

Having sketched the movie-going landscape and the key films exhibited there, Toffell moves on to discuss the meaning of Jewish artists in front of and behind the camera. As he did in the American Jewish world, Paul Muni gained widespread recognition and praise as the actor who had gone from the Yiddish stage to Hollywood stardom, a figure whose talent defeated typecasting and landed him featured roles in prestigious studio products.

Toffell affords Eddie Cantor his deserved space as a performer who was never shy about his Jewishness but who also earned the love of mainstream audiences, using both to raise money for German-Jewish refugees. But it is Molly Picon to whom he devotes the most attention with a prolonged discussion of her Yiddle with his Fiddle and the reception she received among British audiences that bordered on obsession. Unfortunately, Toffell’s discussion of the public lives of Jewish stars gets briefly sidetracked by his foray into theoretical categories. Raymond Williams’s concept of “structures of feeling” and its characterization by Paul Filmer may be interesting but here they are unnecessary. The same goes for Toffell’s brief but largely impenetrable paraphrasing of Michael Warner’s The Mass Public and the Mass Subject. In these sections, Toffell’s otherwise clear and concise prose seems to shift into a different gear, seeking authorization rather than illumination. He simply does not need the theoretical scaffolding to draw a compelling portrait of the role played by Jewish stars for interwar audiences.

Toffell’s chapter on Jews behind the camera focuses on both Jewish ownership of the exhibition sector and interest in the well-known Hollywood moguls. The latter, he notes, “remained an object of fascination for the British-Jewish press throughout the period” (p. 153). Symptomatic of a general anxiety endured by British Jews in the interwar years, he suggests, was the balancing act performed by the Jewish Chronicle. The paper simultaneously confronted antisemitic rhetoric about Jewish control of the movies and sought to reduce its own references to Jews at the helm of the entertainment business.

Toffell’s discussion of how film responded to the Nazi threat is largely centred on his effort to reclaim the 1933 American-produced Yiddish-language film The Eternal Wanderer from the shadows of history. It is, he claims, the only interwar film that defined National Socialism as inseparable from antisemitism. Toffell does not get hung up on the film’s petrified visual style, forging ahead with an excellent reading of its use of documentary footage, in particular a scene of book burning in Berlin, and the film’s reception by the Jewish press. I found even more fascinating Toffell’s concluding section on the decline of Jewish cinema culture, in large part because of how he appraises the British media’s treatment of the liberation of the camps, in particular Bergen-Belsen. The British rescue narrative built around newsreel footage of the camp pitted German atrocities against “a British moral purpose” (p. 210), eclipsing an alternative narrative that might have positioned Jewish victims at the centre of the Belsen experience. It was a narrative that Jewish newspapers appeared to endorse as well since, as he points out, they offered virtually no coverage of the screenings of liberation newsreels.

I finished Gil Toffell’s book appreciative of his research and his presentation of a coherent portrait of Jews and cinema during the interwar period. Which is why I also finished the book scratching my head over how the publisher was content to issue a book without ensuring it was proofread properly. Far worse still is publishing a book whose cover presents the author’s name in such minuscule letters. The book did not write itself. Those who make such decisions, in this case at Palgrave Macmillan, should be ashamed and ask themselves why an author who delivered such a quality book deserved to be treated with such disrespect.

This work is licensed under a Creative Commons Attribution 4.0 Unported. To view a copy of this license, visit http://creativecommons.org/licenses/by/4.0/