Chronicling subversion: The Cronaca Sovversiva as both seditious rag and community paper 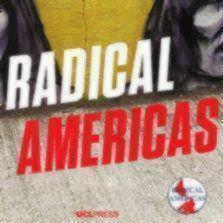 The Cronaca Sovversiva (Subversive Chronicle) was an anarchist newspaper, known today for the views of editor Luigi Galleani, whose ideas are associated with multiple bombings carried out in the United States throughout the 1910s and 1920s, the First Red Scare and the executed anarchists Nicola Sacco and Bartolomeo Vanzetti. A broad reading of the Cronaca Sovversiva, which focusses on more than its connections to controversy, violence and repression, reveals how a periodical produced by a wide range of artists, writers and activists became central to how many Italian immigrants understood and engaged with industrial capitalism. This paper argues that the Cronaca Sovversiva built an audience over time by incorporating a wide range of perspectives, addressing local and global issues and linking readers with other forms of literature as well as community events and projects. Diverse works of radical literature, art and announcements in the periodical, set within the predictable, repetitious framework of a weekly community paper, allowed a germinating militant movement to develop throughout and outside the Cronaca Sovversiva’s pages.

Companions, Supplements, and the Proliferation of Print in the 1830s

This is an open access article distributed under the terms of the Creative Commons Attribution License (CC BY) 4.0 https://creativecommons.org/licenses/by/4.0/, which permits unrestricted use, distribution and reproduction in any medium, provided the original author and source are credited • DOI: https://doi.org/10.14324/111.444.ra.2018.v3.1.011.