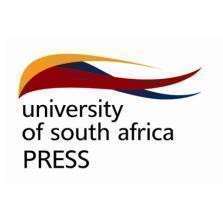 In this article, I investigate MandlaLanga’s short story, The Dead Men Who Lost Their Bones, by applying GérardGenette’s Narrative Discourse and Narrative Discourse Revisited along with MikhailBakhtin’s Dialogic Imagination to the text. By highlighting the way in which Langa employs narrational strategies to generate meaning in the story, I aim to correct the critical neglect of this aspect of his work. It is established that two narrational modes– intradiegetic–homodiegetic and intradiegetic–metadiegetic– are employed by two central characters in the narrative. The first character narrator is Clementine, the daughter of the second narrator, SimeonNgozi. This produces a heterodiegetic narrative, that is, a multiple narrative strategy. This multi-voiced polyphonic narrative accentuates the plight of the main characters and their struggles under oppressive and exploitive conditions in apartheid South Africa. It also generates sympathy for these events as well as for Clementine and her father.

None Not Applicable
Data availability: All data generated or analysed during this study are included in this published article (and its supplementary information files).
ScienceOpen disciplines: Literary studies
Keywords: narrational strategies,narrating voice,dialogism,sympathy,Gérard Genette,Mandla Langa,Mikhail Bakhtin