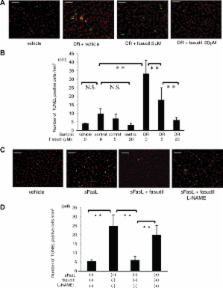 Nathaniel R. Butler,  Fabio De Colle,  Enrico Ramirez-Ruiz … (2011)
While gas accretion onto some massive black holes (MBHs) at the centers of galaxies actively powers luminous emission, the vast majority of MBHs are considered dormant. Occasionally, a star passing too near a MBH is torn apart by gravitational forces, leading to a bright panchromatic tidal disruption flare (TDF). While the high-energy transient Swift J164449.3+573451 ("Sw 1644+57") initially displayed none of the theoretically anticipated (nor previously observed) TDF characteristics, we show that the observations (Levan et al. 2011) suggest a sudden accretion event onto a central MBH of mass ~10^6-10^7 solar masses. We find evidence for a mildly relativistic outflow, jet collimation, and a spectrum characterized by synchrotron and inverse Compton processes; this leads to a natural analogy of Sw 1644+57 with a smaller-scale blazar. The phenomenologically novel Sw 1644+57 thus connects the study of TDFs and active galaxies, opening a new vista on disk-jet interactions in BHs and magnetic field generation and transport in accretion systems.