Safe Use of Epidural Corticosteroid Injections: Recommendations of the WIP Benelux Work Group 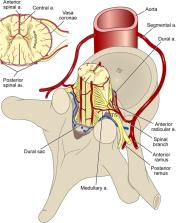 Epidural corticosteroid injections are used frequently worldwide in the treatment of radicular pain. Concerns have arisen involving rare major neurologic injuries after this treatment. Recommendations to prevent these complications have been published, but local implementation is not always feasible due to local circumstances, necessitating local recommendations based on literature review.

A work group of 4 stakeholder pain societies in Belgium, The Netherlands, and Luxembourg (Benelux) has reviewed the literature involving neurological complications after epidural corticosteroid injections and possible safety measures to prevent these major neurologic injuries.

Twenty‐six considerations and recommendations were selected by the work group. These involve the use of imaging, injection equipment particulate and nonparticulate corticosteroids, epidural approach, and maximal volume to be injected.

Raising awareness about possible neurological complications and adoption of safety measures recommended by the work group aim at reducing the risks for these devastating events.

Johannes van Goudoever,  ,  Wilco Peul … (2008)
To evaluate the effects of early lumbar disc surgery compared with prolonged conservative care for patients with sciatica over two years of follow-up. Randomised controlled trial. Nine Dutch hospitals. 283 patients with 6-12 weeks of sciatica. Early surgery or an intended six months of continued conservative treatment, with delayed surgery if needed. Scores from Roland disability questionnaire for sciatica, visual analogue scale for leg pain, and Likert self rating scale of global perceived recovery. Of the 141 patients assigned to undergo early surgery, 125 (89%) underwent microdiscectomy. Of the 142 patients assigned to conservative treatment, 62 (44%) eventually required surgery, seven doing so in the second year of follow-up. There was no significant overall difference between treatment arms in disability scores during the first two years (P=0.25). Improvement in leg pain was faster for patients randomised to early surgery, with a significant difference between "areas under the curves" over two years (P=0.05). This short term benefit of early surgery was no longer significant by six months and continued to narrow between six months and 24 months. Patient satisfaction decreased slightly between one and two years for both groups. At two years 20% of all patients reported an unsatisfactory outcome. Early surgery achieved more rapid relief of sciatica than conservative care, but outcomes were similar by one year and these did not change during the second year. ISRCT No 26872154.

Surgery versus conservative management of sciatica due to a lumbar herniated disc: a systematic review

Wilco Jacobs,  Maurits van Tulder,  Mark Arts … (2010)
The effectiveness of surgery in patients with sciatica due to lumbar disc herniations is not without dispute. The goal of this study was to assess the effects of surgery versus conservative therapy (including epidural injections) for patients with sciatica due to lumbar disc herniation. A comprehensive search was conducted in MEDLINE, EMBASE, CINAHL, CENTRAL, and PEDro up to October 2009. Randomised controlled trials of adults with lumbar radicular pain, which evaluated at least one clinically relevant outcome measure (pain, functional status, perceived recovery, lost days of work) were included. Two authors assessed risk of bias according to Cochrane criteria and extracted the data. In total, five studies were identified, two of which with a low risk of bias. One study compared early surgery with prolonged conservative care followed by surgery if needed; three studies compared surgery with usual conservative care, and one study compared surgery with epidural injections. Data were not pooled because of clinical heterogeneity and poor reporting of data. One large low-risk-of-bias trial demonstrated that early surgery in patients with 6–12 weeks of radicular pain leads to faster pain relief when compared with prolonged conservative treatment, but there were no differences after 1 and 2 years. Another large low-risk-of-bias trial between surgery and usual conservative care found no statistically significant differences on any of the primary outcome measures after 1 and 2 years. Future studies should evaluate who benefits more from surgery and who from conservative care.

A randomized trial of epidural glucocorticoid injections for spinal stenosis.

Janna Friedly,  Bryan Comstock,  Judith Turner … (2014)
Epidural glucocorticoid injections are widely used to treat symptoms of lumbar spinal stenosis, a common cause of pain and disability in older adults. However, rigorous data are lacking regarding the effectiveness and safety of these injections.