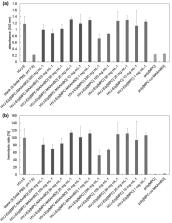 Combining immunotherapeutic and radiotherapeutic technique has recently attracted much attention for advancing cancer treatment. If boron-incorporated hemagglutinating virus of Japan-envelope (HVJ-E) having high membrane fusion ability can be used as a boron delivery agent in boron neutron capture therapy (BNCT), a radical synergistic improvement of boron accumulation efficiency into tumor cells and antitumor immunity may be induced. In this study, we aimed to develop novel boron-containing biocompatible polymers modified onto HVJ-E surfaces. The copolymer consisting of 2-methacryloyloxyethyl phosphorylcholine (MPC) and methacrylamide benzoxaborole (MAAmBO), poly[MPC- co-MAAmBO], was successfully synthesized by using a simple free radical polymerization. The molecular structures and molecular weight of the poly[MPC- co-MAAmBO] copolymer were characterized by nuclear magnetic resonance and matrix-assisted laser desorption ionization time-of-flight mass spectrometry, respectively. The poly[MPC- co-MAAmBO] was coated onto the HVJ-E surface via the chemical bonding between the MAAmBO moiety and the sugar moiety of HVJ-E. DLS, AFM, UV-Vis, and fluorescence measurements clarified that the size of the poly[MPC- co-MAAmBO]-coated HVJ-E, HVJ-E/p[MPC-MAAmBO], to be about 130 ~ 150 nm in diameter, and that the polymer having 9.82 × 10 6 ~ 7 boron atoms was steadily coated on a single HVJ-E particle. Moreover, cellular uptake of poly[MPC- co-MAAmBO] could be demonstrated without cytotoxicity, and the hemolysis could be successfully suppressed by 20%. These results indicate that the HVJ-E/p[MPC-MAAmBO] may be used as boron nanocarriers in a combination of immunotherapy with BNCT. 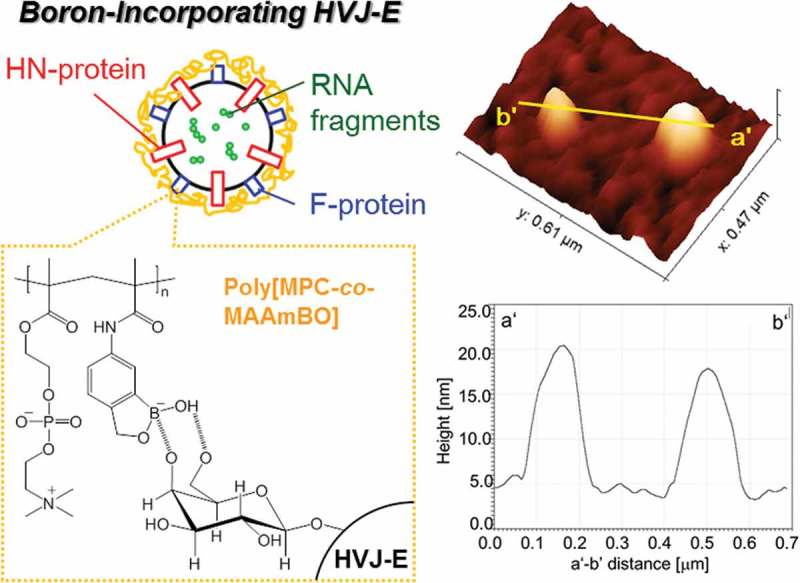 Immune-mediated inhibition of metastases after treatment with local radiation and CTLA-4 blockade in a mouse model of breast cancer.

Brian Devitt,  J. Babb,  Sandra Demaria … (2005)
Ionizing radiation therapy (RT) is an important component in the management of breast cancer. Although the primary tumor can be successfully treated by surgery and RT, metastatic breast cancer remains a therapeutic challenge. Here we tested the hypothesis that the combination of RT to the primary tumor with CTLA-4 blockade can elicit antitumor immunity inhibiting the metastases. The poorly immunogenic metastatic mouse mammary carcinoma 4T1 was used as a model. Mice were injected s.c. with 4T1 cells, and treatment was started 13 days later when the primary tumors measured 5 mm in average diameter. Mice were randomly assigned to four treatment groups receiving: (1) control IgG (IgG), (2) RT + IgG, (3) 9H10 monoclonal antibody against CTLA-4, (4) RT + 9H10. RT was delivered to the primary tumor by one or two fractions of 12 Gy. 9H10 and IgG were given i.p. thrice after RT. Consistent with the fact that 4T1 is poorly immunogenic, 9H10 alone did not have any effect on primary tumor growth or survival. RT was able to delay the growth of the primary irradiated tumor, but in the absence of 9H10 survival was similar to that of control mice. In contrast, mice treated with RT + 9H10 had a statistically significant survival advantage. The increased survival correlated with inhibition of lung metastases formation and required CD8+ but not CD4+ T cells. The combination of local RT with CTLA-4 blockade is a promising new immunotherapeutic strategy against poorly immunogenic metastatic cancers.

Carolina Vicente,  Jeffrey A Coderre,  Rolf Barth … (2005)
Boron neutron capture therapy (BNCT) is based on the nuclear reaction that occurs when boron-10 is irradiated with low-energy thermal neutrons to yield high linear energy transfer alpha particles and recoiling lithium-7 nuclei. Clinical interest in BNCT has focused primarily on the treatment of high-grade gliomas and either cutaneous primaries or cerebral metastases of melanoma, most recently, head and neck and liver cancer. Neutron sources for BNCT currently are limited to nuclear reactors and these are available in the United States, Japan, several European countries, and Argentina. Accelerators also can be used to produce epithermal neutrons and these are being developed in several countries, but none are currently being used for BNCT. Two boron drugs have been used clinically, sodium borocaptate (Na(2)B(12)H(11)SH) and a dihydroxyboryl derivative of phenylalanine called boronophenylalanine. The major challenge in the development of boron delivery agents has been the requirement for selective tumor targeting to achieve boron concentrations ( approximately 20 microg/g tumor) sufficient to deliver therapeutic doses of radiation to the tumor with minimal normal tissue toxicity. Over the past 20 years, other classes of boron-containing compounds have been designed and synthesized that include boron-containing amino acids, biochemical precursors of nucleic acids, DNA-binding molecules, and porphyrin derivatives. High molecular weight delivery agents include monoclonal antibodies and their fragments, which can recognize a tumor-associated epitope, such as epidermal growth factor, and liposomes. However, it is unlikely that any single agent will target all or even most of the tumor cells, and most likely, combinations of agents will be required and their delivery will have to be optimized. Current or recently completed clinical trials have been carried out in Japan, Europe, and the United States. The vast majority of patients have had high-grade gliomas. Treatment has consisted first of "debulking" surgery to remove as much of the tumor as possible, followed by BNCT at varying times after surgery. Sodium borocaptate and boronophenylalanine administered i.v. have been used as the boron delivery agents. The best survival data from these studies are at least comparable with those obtained by current standard therapy for glioblastoma multiforme, and the safety of the procedure has been established. Critical issues that must be addressed include the need for more selective and effective boron delivery agents, the development of methods to provide semiquantitative estimates of tumor boron content before treatment, improvements in clinical implementation of BNCT, and a need for randomized clinical trials with an unequivocal demonstration of therapeutic efficacy. If these issues are adequately addressed, then BNCT could move forward as a treatment modality.

Karl Buch,  Tanja Peters,  Thomas Nawroth … (2012)
For studying proliferation and determination of survival of cancer cells after irradiation, the multiple MTT assay, based on the reduction of a yellow water soluble tetrazolium salt to a purple water insoluble formazan dye by living cells was modified from a single-point towards a proliferation assay. This assay can be performed with a large number of samples in short time using multi-well-plates, assays can be performed semi-automatically with a microplate reader. Survival, the calculated parameter in this assay, is determined mathematically. Exponential growth in both control and irradiated groups was proven as the underlying basis of the applicability of the multiple MTT assay. The equivalence to a clonogenic survival assay with its disadvantages such as time consumption was proven in two setups including plating of cells before and after irradiation. Three cell lines (A 549, LN 229 and F 98) were included in the experiment to study its principal and general applicability.