What Ethics for Bioart? 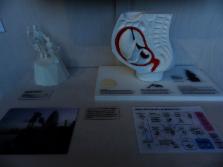 Living artworks created with biotechnology raise a range of ethical questions, some of which are unprecedented, others well known from other contexts. These questions are often discussed within the framework of bioethics, the ethics of the life sciences. The basic concern of institutionalised bioethics is to develop and implement ethical guidelines for ethically responsible handling of living material in technological and scientific contexts. Notably, discussions of ethical issues in bioart do not refer to existing discourses on art and morality from the field of aesthetics. The latter framework is primarily concerned with how the moral value of an artwork affects its artistic value. The author argues that a successful integration of these two frameworks will make possible an ethics of bioart that is adequate to its subject matter and relevant for practice. Such an integrated approach can give increased depth to understandings of ethical issues in bioart, inspire new ways of thinking about ethics in relation to art in general and give novel impulses to bioethics and technology assessment. Artworks by the Tissue Culture and Art Project and their reception serve as the empirical starting point for connecting perspectives in art with those of bioethics, developing an ethics for bioart. The author suggests that consideration of the effect of these artworks is vital in validating ethically problematical applications of biotechnology for art. It is argued that the affective, visceral qualities of living artworks may spur the audience to adjust, revise or develop their personal ethical framework.

Hye-Ryeon Lee,  Bong-Kiun Kaang (2010)
The Morris water maze, a spatial learning task first introduced by Dr. Richard Morris (Morris, 1981, 1984), is one of the most extensively used behavioral paradigms used to examine hippocampus-dependent spatial learning and memory in rodents, such as rats and mice (Tanda et al., 2009). In water maze tests, animals are forced to swim in a circular pool of milky water. In order to escape from the water, the animals are required to locate a submerged hidden platform with the aid of spatial cues surrounding the water pool. Once practiced, the animals begin to learn the relationship between the platform location and various spatial cues, and eventually form a memory of the location of the hidden platform (Morris, 1984). To determine whether animals acquire a spatial learning about the location of the hidden platform and are able to search for the platform solely by relying on spatial memory, probe trials are performed where the escape platform is removed from the pool and the animals are permitted to swim and search the pool for 1 min. In the probe trial, the occupational time spent in the specific quadrant where the platform was originally placed and the number of crossings through the former hidden platform location are used as general measures to quantify the level of spatial memory. Since its development, the water maze has become the core assay of behavioral test batteries used to analyze hippocampus-dependent brain functions, and has subsequently been exploited to explore the functions of other areas of the brain (Tsien et al., 1996; D'Hooge and De Deyn, 2001). Moreover, a variety of protocols, including reversal training and delayed matching-to-place paradigm, have been established for investigating the role of specific genes or proteins in normal and abnormal brain functions (Tsien et al., 1996; Gallagher and Rapp, 1997; Lipp and Wolfer, 1998; Vorhees and Williams, 2006). In contrast to this progress, however, few studies have questioned the effectiveness of the existing analytic measures, such as percentage quadrant time, percentage zone, and platform crossings, that are used in water maze studies. Furthermore, relatively few attempts have been made to improve the sensitivity of the water maze in order to detect possible subtle phenotypic changes that might occur between groups during learning (Maei et al., 2009). In a research article published in Frontiers in Neuroscience, Maei et al. (2009) describe a newly developed analytical method for detecting group differences more sensitively and accurately in the water maze. Herein, the authors introduced the concept of entropy (H) – a measure of the disorder of a system. The rationale underlying this idea is that over the course of water maze training, an animal's search strategy might be shifted from disorganized to more focal searching (Vorhees and Williams, 2006), which can be considered as a reduction of disorder in the system. By using entropy (H) as an analytical measure for the water maze, Maei et al. (2009) argue that we can more fully exploit an animal's positional data produced by tracking software, thereby providing greater sensitivity for detecting phenotypic differences. To evaluate how H works and to compare the usefulness of H with existing measures, the authors rendered a series of Monte Carlo simulations and randomly selected individual trials from a dataset of more than 1600 probe tests. This approach allowed them to simulate water maze experiments with varying sample and effect sizes. Next, by summing two types of variance – error variance (the variance of an animal's position with respect to the target; Herror) and path variance (the variance of an animal's position with respect to its path; Hpath) – and using the summed value as a measure of the entropy of spatial navigation, H could thoroughly utilize the positional information from each tracking record. Lastly, they experimentally verified H using three paradigms of hippocampal dysfunctions. The authors report that H outperforms existing measures in terms of its sensitivity in detecting group differences over a range of sample or effect sizes. As discussed by the authors, the excellence of H can be recapitulated by two points. One concerns its full usage of precise positional information of an animal throughout the probe test. Represented by Herror and Hpath, the H measure assesses both the degree to which searching is focused on the former platform location and how focused the search is. Using this approach, H can hold a greater amount of detailed trajectory information than any other measure, which confers exceptional sensitivity upon H, particularly for comparisons between subjects. In addition, by adjusting the relative weight between Herror and Hpath, H can be adjusted to outperform other measures under various experimental conditions. The second point is that the H measure turns out to be distributed normally, which is in stark contrast to other measures (Maei et al., 2009). This characteristic gives a further advantage to the H measure because normality is a prerequisite for parametric tests, such as the t-test and ANOVA, to yield correct statistical results without type-1 errors. Moreover, parametric tests are the most widely used statistical methods for analyzing behavioral test batteries. To summarize, the analytical approach described by Maei et al. (2009) provides a more effective and accurate new measure in terms of its superb sensitivity and statistical validity in water maze studies. Furthermore, the H measure will contribute greatly to the advancement of behavioral assays that, in conjunction with molecular genetic approaches, are designed to elucidate the molecular mechanisms underlying learning and memory.

Transplantation of chondrocytes utilizing a polymer-cell construct to produce tissue-engineered cartilage in the shape of a human ear.

K T Paige,  Y Cao,  C Vacanti … (1997)
This study evaluates the feasibility of growing tissue-engineered cartilage in the shape of a human ear using chondrocytes seeded onto a synthetic biodegradable polymer fashioned in the shape of a 3-year-old child's auricle. A polymer template was formed in the shape of a human auricle using a nonwoven mesh of polyglycolic acid molded after being immersed in a 1% solution of polylactic acid. Each polyglycolic acid-polylactic acid template was seeded with chondrocytes isolated from bovine articular cartilage and then implanted into subcutaneous pockets on the dorsa of 10 athymic mice. The three-dimensional structure was well maintained after removal of an external stent that had been applied for 4 weeks. Specimens harvested 12 weeks after implantation and subjected to gross morphologic and histologic analysis demonstrated new cartilage formation. The overall geometry of the experimental specimens closely resembled the complex structure of the child's auricle. These findings demonstrate that polyglycolic acid-polylactic acid constructs can be fabricated in a very intricate configuration and seeded with chondrocytes to generate new cartilage that would be useful in plastic and reconstructive surgery.

Centre for the Study of the Sciences and the Humanities (SVT), University of Bergen, Allégaten 34, Pb 7805, 5020 Bergen, Norway