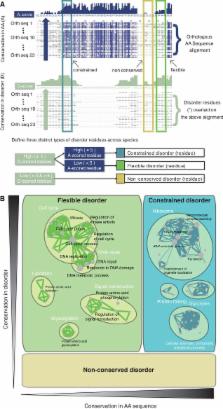 Chromatin modifications and their function.

Tony Kouzarides (2007)
The surface of nucleosomes is studded with a multiplicity of modifications. At least eight different classes have been characterized to date and many different sites have been identified for each class. Operationally, modifications function either by disrupting chromatin contacts or by affecting the recruitment of nonhistone proteins to chromatin. Their presence on histones can dictate the higher-order chromatin structure in which DNA is packaged and can orchestrate the ordered recruitment of enzyme complexes to manipulate DNA. In this way, histone modifications have the potential to influence many fundamental biological processes, some of which may be epigenetically inherited.