Incidence of cancer among residents of high temperature geothermal areas in Iceland: a census based study 1981 to 2010 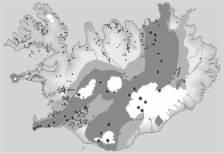 ScienceOpenPublisherPMC
Bookmark
There is no author summary for this article yet. Authors can add summaries to their articles on ScienceOpen to make them more accessible to a non-specialist audience.
BackgroundResidents of geothermal areas are exposed to geothermal emissions and water containing hydrogen sulphide and radon. We aim to study the association of the residence in high temperature geothermal area with the risk of cancer.MethodsThis is an observational cohort study where the population of a high-temperature geothermal area (35,707 person years) was compared with the population of a cold, non-geothermal area (571,509 person years). The cohort originates from the 1981 National Census. The follow up from 1981 to 2010 was based on record linkage by personal identifier with nation-wide death and cancer registries. Through the registries it was possible to ascertain emigration and vital status and to identify the cancer cases, 95% of which had histological verification. The hazard ratio (HR) and 95% confidence intervals (CI) were estimated in Cox-model, adjusted for age, gender, education and housing.ResultsAdjusted HR in the high-temperature geothermal area for all cancers was 1.22 (95% CI 1.05 to 1.42) as compared with the cold area. The HR for pancreatic cancer was 2.85 (95% CI 1.39 to 5.86), breast cancer 1.59 (95% CI 1.10 to 2.31), lymphoid and hematopoietic cancer 1.64 (95% CI 1.00 to 2.66), and non-Hodgkins lymphoma 3.25 (95% CI 1.73 to 6.07). The HR for basal cell carcinoma of the skin was 1.61 (95% CI 1.10 to 2.35). The HRs were increased for cancers of the nasal cavities, larynx, lung, prostate, thyroid gland and for soft tissue sarcoma; however the 95% CIs included unity.ConclusionsMore precise information on chemical and physical exposures are needed to draw firm conclusions from the findings. The significant excess risk of breast cancer, and basal cell carcinoma of the skin, and the suggested excess risk of other radiation-sensitive cancers, calls for measurement of the content of the gas emissions and the hot water, which have been of concern in previous studies in volcanic areas. There are indications of an exposure-response relationship, as the risk was higher in comparison with the cold than with the warm reference area. Social status has been taken into account and data on reproductive factors and smoking habits show that these do not seem to explain the increased risk of cancers, however unknown confounding can not be excluded.

Age at first birth, parity and risk of breast cancer: a meta-analysis of 8 studies from the Nordic countries.

O. Meirik,  H O Adami,  H Tulinius … (1990)
Several large epidemiological studies in the Nordic countries have failed to confirm an association between age at first birth and breast cancer independent of parity. To assess whether lack of power or heterogeneity between the countries could explain this, a meta-analysis was performed of 8 population-based studies (3 cohort and 5 case-control) of breast cancer and reproductive variables in the Nordic countries, including a total of 5,568 cases. It confirmed that low parity and late age at first birth are significant and independent determinants of breast-cancer risk. Nulliparity was associated with a 30% increase in risk compared with parous women, and for every 2 births, the risk was reduced by about 16%. There was a significant trend of increasing risk with increasing age at first birth, women giving first birth after the age of 35 years having a 40% increased risk compared to those with a first birth before the age of 20 years. Tests for heterogeneity between studies were not significant for any of the examined variables. In the absence of bias, this suggests that several individual Nordic studies may have had too little power to detect the weak effect of age at first birth observed in the meta-analysis.

Papillary thyroid cancer incidence in the volcanic area of Sicily.

Gabriella Pellegriti,  Florent de Vathaire,  Claudia Scollo … (2009)
The steadily increasing incidence of thyroid cancer has been attributed mostly to more sensitive thyroid nodule screening. However, various environmental factors, such as those associated with volcanic areas, cannot be excluded as risk factors. We evaluated thyroid cancer incidence in Sicily, which has a homogenous population and a province (Catania) that includes the Mt Etna volcanic area. In a register-based epidemiological survey, we collected all incident thyroid cancers in Sicily from January 1, 2002, through December 31, 2004. The age-standardized incidence rate for the world population (ASR(w)) was calculated and expressed as the number of thyroid cancer diagnoses per 100 000 residents per year. The association of thyroid cancer incidence rate with sex, age, tumor histotype, and various environmental factors was evaluated by modeling the variation of the ASR(w). All statistical tests were two-sided. In 2002-2004, 1950 incident thyroid cancers were identified in Sicily (among women, ASR(w) = 17.8, 95% confidence interval [CI] = 16.9 to 18.7; and among men, ASR(w) = 3.7, 95% CI = 3.3 to 4.1). Although the percentage of thyroid cancers that were microcarcinomas (ie, < or = 10 mm) and ratio of men to women with thyroid cancer were similar in all nine Sicilian provinces, thyroid cancer incidence was statistically significantly higher in the province of Catania (among women, ASR(w) = 31.7, 95% CI = 29.1 to 34.3; and among men, ASR(w) = 6.4, 95% CI = 5.2 to 7.5) than in the rest of Sicily (among women, ASR(w) = 14.1, 95% CI = 13.2 to 15.0; and among men, ASR(w) = 3.0, 95% CI = 2.6 to 3.4) (all P values < .001). Incidence of papillary, but not follicular or medullary, cancers was statistically significantly increased in Catania province, and papillary tumors from patients in Catania more frequently carried the BRAF V600E gene mutation (55 [52%] of 106 tumors) than tumors from patients elsewhere in Sicily (68 [33%] of 205 tumors) (relative risk = 1.7, 95% CI = 1.0 to 2.8, P = .02). Cancer incidence was statistically significantly lower in rural areas than in urban areas of Sicily (P = .003). No association with mild iodine deficiency or industrial installations was found. Levels of many elements (including boron, iron, manganese, and vanadium) in the drinking water of Catania province often exceeded maximum admissible concentrations, in contrast to water in the rest of Sicily. Residents of Catania province with its volcanic region appear to have a higher incidence of papillary thyroid cancer than elsewhere in Sicily.