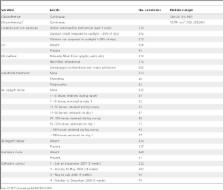 ScienceOpenPublisherPMC
Bookmark
There is no author summary for this article yet. Authors can add summaries to their articles on ScienceOpen to make them more accessible to a non-specialist audience.
BackgroundBecause no dengue vaccine or antiviral therapy is commercially available, controlling the primary mosquito vector, Aedes aegypti, is currently the only means to prevent dengue outbreaks. Traditional models of Ae. aegypti assume that population dynamics are regulated by density-dependent larval competition for food and little affected by oviposition behavior. Due to direct impacts on offspring survival and development, however, mosquito choice in oviposition site can have important consequences for population regulation that should be taken into account when designing vector control programs.Methodology/Principal FindingsWe examined oviposition patterns by Ae. aegypti among 591 naturally occurring containers and a set of experimental containers in Iquitos, Peru. Using larval starvation bioassays as an indirect measure of container food content, we assessed whether females select containers with the most food for their offspring. Our data indicate that choice of egg-laying site is influenced by conspecific larvae and pupae, container fill method, container size, lid, and sun exposure. Although larval food positively influenced oviposition, our results did not support the hypothesis that females act primarily to maximize food for larvae. Females were most strongly attracted to sites containing immature conspecifics, even when potential competitors for their progeny were present in abundance.Conclusion/SignificanceDue to strong conspecific attraction, egg-laying behavior may contribute more to regulating Ae. aegypti populations than previously thought. If highly infested containers are targeted for removal or larvicide application, females that would have preferentially oviposited in those sites may instead distribute their eggs among other suitable, previously unoccupied containers. Strategies that kill mosquitoes late in their development (i.e., insect growth regulators that kill pupae rather than larvae) will enhance vector control by creating “egg sinks,” treated sites that exploit conspecific attraction of ovipositing females, but reduce emergence of adult mosquitoes via density-dependent larval competition and late acting insecticide.
Controlling the mosquito Aedes aegypti is of public health importance because, at present, it is the only means to stop dengue virus transmission. Implementing successful mosquito control programs requires understanding what factors regulate population abundance, as well as anticipating how mosquitoes may adapt to control measures. In some species of mosquitoes, females choose egg-laying sites to improve the survival and growth of their offspring, a behavior that ultimately influences population distribution and abundance. In the current study, we tested whether Ae. aegypti actively choose the containers in which they lay their eggs and determined what cues are most relevant to that process. We also explored whether females select containers that provide the most food for their larval progeny. Surprisingly, egg-laying females were most attracted to sites containing other immature Ae. aegypti, rather than to sites containing the most food. We propose that this behavior may contribute to density-dependent competition for food among larvae and play a larger role than previously thought in regulating Ae. aegypti populations. We recommend that accounting for, and even taking advantage of, this natural behavior will lead to more effective strategies for dengue prevention.

APE: Analyses of Phylogenetics and Evolution in R language.

E Paradis,  J. Claude,  K Strimmer (2004)
Analysis of Phylogenetics and Evolution (APE) is a package written in the R language for use in molecular evolution and phylogenetics. APE provides both utility functions for reading and writing data and manipulating phylogenetic trees, as well as several advanced methods for phylogenetic and evolutionary analysis (e.g. comparative and population genetic methods). APE takes advantage of the many R functions for statistics and graphics, and also provides a flexible framework for developing and implementing further statistical methods for the analysis of evolutionary processes. The program is free and available from the official R package archive at http://cran.r-project.org/src/contrib/PACKAGES.html#ape. APE is licensed under the GNU General Public License.

Fabian L Rueda,  Hitendra K. Patel,  R Stinner … (1990)
Development, growth, and survival of Culex quinquefasciatus Say and Aedes aegypti (L.) were determined at six constant temperatures (15, 20, 25, 27, 30, 34 degrees C). The Sharpe & DeMichele four-parameter model with high-temperature inhibition described the temperature-dependent median developmental rates of both mosquito species. In both species, body size generally decreased as temperature increased. Head capsule widths in all instars in both species were significantly greater at 15 than at 30-34 degrees C. Except for the third instar of Ae. aegypti, the larval body lengths in both species were significantly greater at 15 than at 34 degrees C. All instars and pupae of both species and the adults in Cx. quinquefasciatus were significantly heavier at 15 than at 27-34 degrees C. In Cx. quinquefasciatus, survival from eclosion to adult emergence was highest in the range from 20 to 30 degrees C (85-90%) and dropped drastically at 15 (38%) and 34 degrees C (42%). In Ae. aegypti, survival to adult stage was high at 20 (92%) and 27 degrees C (90%) and lowest at 15 degrees C (3%).