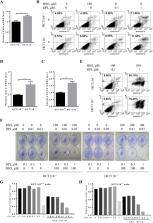 Oncogenic RAS is a critical driver for the initiation and progression of several types of cancers. However, effective therapeutic strategies by targeting RAS, in particular RAS G12D and RAS G12V, and associated downstream pathways have been so far unsuccessful. Treatment of oncogenic RAS-ravaged cancer patients remains a currently unmet clinical need. Consistent with a major role in cancer metabolism, oncogenic RAS activation elevates both reactive oxygen species (ROS)-generating NADPH oxidase (NOX) activity and ROS-scavenging glutathione biosynthesis. At a certain threshold, the heightened oxidative stress and antioxidant capability achieve a higher level of redox balance, on which cancer cells depend to gain a selective advantage on survival and proliferation. However, this prominent metabolic feature may irrevocably render cancer cells vulnerable to concurrent inhibition of both NOX activity and glutathione biosynthesis, which may be exploited as a novel therapeutic strategy. In this report, we test this hypothesis by treating the HRAS G12V-transformed ovarian epithelial cells, mutant KRAS-harboring pancreatic and colon cancer cells of mouse and human origins, as well as cancer xenografts, with diphenyleneiodonium (DPI) and buthionine sulfoximine (BSO) combination, which inhibit NOX activity and glutathione biosynthesis, respectively. Our results demonstrate that concomitant targeting of NOX and glutathione biosynthesis induces a highly potent lethality to cancer cells harboring oncogenic RAS. Therefore, our studies provide a novel strategy against RAS-bearing cancers that warrants further mechanistic and translational investigation.

Preinvasive and invasive ductal pancreatic cancer and its early detection in the mouse.