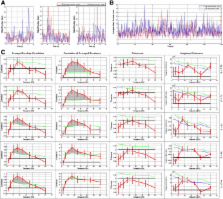 Functional connectivity (FC) between brain regions is thought to be central to the way in which the brain processes information. Abnormal connectivity is thought to be implicated in a number of diseases. The ability to study FC is therefore a key goal for neuroimaging. Functional connectivity (fc) MRI has become a popular tool to make connectivity measurements but the technique is limited by its indirect nature. A multimodal approach is therefore an attractive means to investigate the electrodynamic mechanisms underlying hemodynamic connectivity. In this paper, we investigate resting state FC using fcMRI and magnetoencephalography (MEG). In fcMRI, we exploit the advantages afforded by ultra high magnetic field. In MEG we apply envelope correlation and coherence techniques to source space projected MEG signals. We show that beamforming provides an excellent means to measure FC in source space using MEG data. However, care must be taken when interpreting these measurements since cross talk between voxels in source space can potentially lead to spurious connectivity and this must be taken into account in all studies of this type. We show good spatial agreement between FC measured independently using MEG and fcMRI; FC between sensorimotor cortices was observed using both modalities, with the best spatial agreement when MEG data are filtered into the β band. This finding helps to reduce the potential confounds associated with each modality alone: while it helps reduce the uncertainties in spatial patterns generated by MEG (brought about by the ill posed inverse problem), addition of electrodynamic metric confirms the neural basis of fcMRI measurements. Finally, we show that multiple MEG based FC metrics allow the potential to move beyond what is possible using fcMRI, and investigate the nature of electrodynamic connectivity. Our results extend those from previous studies and add weight to the argument that neural oscillations are intimately related to functional connectivity and the BOLD response.

► The utility of beamforming as a source space projection algorithm for use with functional connectivity (FC) measurements is explored. ► Simulations are described and prove to be a robust methodology to eliminate spurious FC from source space MEG measurements. ► The spatial signature of resting state FC between left and right sensorimotor cortices can be measured independently using MEG and fMRI. ► Excellent agreement between motor cortex FC measured using both MEG and fcMRI. ► Multiple MEG FC metrics exploit the direct nature of MEG.

Wolf Singer,  Peter Uhlhaas (2010)
Converging evidence from electrophysiological, physiological and anatomical studies suggests that abnormalities in the synchronized oscillatory activity of neurons may have a central role in the pathophysiology of schizophrenia. Neural oscillations are a fundamental mechanism for the establishment of precise temporal relationships between neuronal responses that are in turn relevant for memory, perception and consciousness. In patients with schizophrenia, the synchronization of beta- and gamma-band activity is abnormal, suggesting a crucial role for dysfunctional oscillations in the generation of the cognitive deficits and other symptoms of the disorder. Dysfunctional oscillations may arise owing to anomalies in the brain's rhythm-generating networks of GABA (gamma-aminobutyric acid) interneurons and in cortico-cortical connections.

Electrophysiological signatures of resting state networks in the human brain.

G Romani,  M G Perrucci,  D. Mantini … (2007)
Functional neuroimaging and electrophysiological studies have documented a dynamic baseline of intrinsic (not stimulus- or task-evoked) brain activity during resting wakefulness. This baseline is characterized by slow (<0.1 Hz) fluctuations of functional imaging signals that are topographically organized in discrete brain networks, and by much faster (1-80 Hz) electrical oscillations. To investigate the relationship between hemodynamic and electrical oscillations, we have adopted a completely data-driven approach that combines information from simultaneous electroencephalography (EEG) and functional magnetic resonance imaging (fMRI). Using independent component analysis on the fMRI data, we identified six widely distributed resting state networks. The blood oxygenation level-dependent signal fluctuations associated with each network were correlated with the EEG power variations of delta, theta, alpha, beta, and gamma rhythms. Each functional network was characterized by a specific electrophysiological signature that involved the combination of different brain rhythms. Moreover, the joint EEG/fMRI analysis afforded a finer physiological fractionation of brain networks in the resting human brain. This result supports for the first time in humans the coalescence of several brain rhythms within large-scale brain networks as suggested by biophysical studies.

Cornelis Stam (corresponding) ,  Guido Nolte,  Andreas Daffertshofer (2007)
To address the problem of volume conduction and active reference electrodes in the assessment of functional connectivity, we propose a novel measure to quantify phase synchronization, the phase lag index (PLI), and compare its performance to the well-known phase coherence (PC), and to the imaginary component of coherency (IC). The PLI is a measure of the asymmetry of the distribution of phase differences between two signals. The performance of PLI, PC, and IC was examined in (i) a model of 64 globally coupled oscillators, (ii) an EEG with an absence seizure, (iii) an EEG data set of 15 Alzheimer patients and 13 control subjects, and (iv) two MEG data sets. PLI and PC were more sensitive than IC to increasing levels of true synchronization in the model. PC and IC were influenced stronger than PLI by spurious correlations because of common sources. All measures detected changes in synchronization during the absence seizure. In contrast to PC, PLI and IC were barely changed by the choice of different montages. PLI and IC were superior to PC in detecting changes in beta band connectivity in AD patients. Finally, PLI and IC revealed a different spatial pattern of functional connectivity in MEG data than PC. The PLI performed at least as well as the PC in detecting true changes in synchronization in model and real data but, at the same token and like-wise the IC, it was much less affected by the influence of common sources and active reference electrodes. Copyright 2007 Wiley-Liss, Inc.