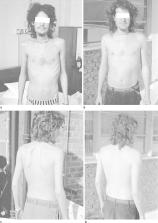 J Ribes,  J. Borrás,  F Bosch … (1999)
Liver cancer (LC) ranks fifth in frequency in the world with an estimated number of 437,000 new cases in 1990. In developing countries, incidence rates are two- to three-fold higher than in developed countries. The geographic areas at highest risk are located in Eastern Asia, with age-adjusted incidence rates (AAIRs) ranking from 27.6 to 36.6 per 100,000 in men; Middle Africa, with AAIRs ranking from 20.8 to 38.1 per 100,000 in men; and some countries of Western Africa, with AAIRs ranking from 30 to 48 per 100,000 in men. The geographic areas at lowest LC risk are Northern Europe, Australia, New Zealand, and the Caucasian populations in North and Latin America, with AAIRs below 5.0 per 100,000 in men. Excess of LC incidence among men compared to women is universal, with sex ratios between 1.5 and 3.0. Significant variations in LC incidence among different ethnic groups living in the same geographical area and among migrants of the same ethnic groups living in different areas have been extensively described. The variability of LC incidence rates between countries and within countries, strongly suggests differences in exposure to risk factors. The role of chronic infection with the Hepatitis B and hepatitis C viruses (HBV and HCV) in the etiology of LC is well established. The attributable risk estimates for LC for each of these hepatotropic viruses vary among countries but the combined effects of persistent HBV or HCV infections account for well over 80% of LC cases worldwide. Other documented risk factors such as aflatoxin exposure in diets, cigarette smoking, alcohol consumption, and oral contraceptives may explain the residual variation between and within countries. Interactions between some risk factors have been postulated, and are subject of active research. New laboratory techniques and biological markers such as polymerase chain reaction detection of HBV DNA and HCV RNA, as well as specific mutations related to aflatoxin exposure may help to provide quantitative estimates of the risk related to each these factors.

Clinical implications of HIV and hepatitis B co-infection in Asia and Africa.

Christopher J Hoffmann,  Chloe Thio (2007)
Hepatitis B virus (HBV) is the leading cause of chronic liver disease and liver-related death worldwide, with the majority of these cases occurring in areas of Africa and Asia where HBV prevalence is high. Many of the countries that are affected by hepatitis B are also affected by a high HIV burden, leading to frequent HIV/HBV co-infection. The consequences of co-infection, including increased liver-related morbidity and mortality, increased hepatitis B viral replication, immune reconstitution to HBV in the setting of antiretroviral therapy, and hepatotoxicity from antiretroviral drugs, are especially important in regions with expanding antiretroviral programmes. Little data, however, are available on HIV/HBV co-infection from regions with high chronic hepatitis B prevalence. This Review discusses the epidemiology, natural history, pathogenesis, and management of HIV/HBV co-infection from these areas. Topics for future research relevant to HIV/HBV co-infection in Africa and Asia are also highlighted.

Molecular characterization of human isolates of Giardia duodenalis from Ethiopia.

Tesfaye Gelanew,  S Cacciò,  Marco Lalle … (2007)
Giardia duodenalis, a flagellated protozoan, represents a common cause of gastroenteritis in Ethiopia, however very little information is available on the epidemiology and transmission routes of this pathogen, and a genetic characterization of the parasite has never been attempted in this country. The aim of this study was the genetic analysis of human isolates of G. duodenalis collected in different localities across the country, both from urban and rural areas. A fragment of the beta-giardin gene was amplified by nested PCR and analyzed by restriction and sequence analyses. Of the 59 isolates examined, 31 (52%) were typed as assemblage A and 13 (22%) as assemblage B. A strong correlation between the presence of symptoms and infection with assemblage B was observed. The remaining 15 (25%) isolates were typed as mixed infections by PCR-RFLP, specifically, A+F (in seven isolates) and A+B (in eight isolates). Sequencing of the A+F products confirmed the presence of assemblage F in three isolates, whereas the remaining four were identified as assemblage A. The detection of assemblage F, a cat-specific assemblage that to date has not been associated with human infections, was not able to be confirmed by the analysis of two commonly used markers (small subunit ribosomal RNA and triosephosphate isomerase). The analysis of the one isolate that was successfully amplified with the glutamate dehydrogenase primers unambiguously identified it as G. duodenalis, yet it was distinct from the established A and F sequences; thus the exact genetic identity of these isolates remains unclear.