The Immune System in Children with Malnutrition—A Systematic Review 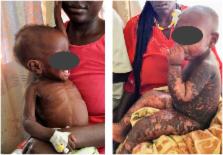 Malnourished children have increased risk of dying, with most deaths caused by infectious diseases. One mechanism behind this may be impaired immune function. However, this immune deficiency of malnutrition has not previously been systematically reviewed.

To review the scientific literature about immune function in children with malnutrition.

A systematic literature search was done in PubMed, and additional articles identified in reference lists and by correspondence with experts in the field. The inclusion criteria were studies investigating immune parameters in children aged 1–60 months, in relation to malnutrition, defined as wasting, underweight, stunting, or oedematous malnutrition.

The literature search yielded 3402 articles, of which 245 met the inclusion criteria. Most were published between 1970 and 1990, and only 33 after 2003. Malnutrition is associated with impaired gut-barrier function, reduced exocrine secretion of protective substances, and low levels of plasma complement. Lymphatic tissue, particularly the thymus, undergoes atrophy, and delayed-type hypersensitivity responses are reduced. Levels of antibodies produced after vaccination are reduced in severely malnourished children, but intact in moderate malnutrition. Cytokine patterns are skewed towards a Th2-response. Other immune parameters seem intact or elevated: leukocyte and lymphocyte counts are unaffected, and levels of immunoglobulins, particularly immunoglobulin A, are high. The acute phase response appears intact, and sometimes present in the absence of clinical infection. Limitations to the studies include their observational and often cross-sectional design and frequent confounding by infections in the children studied.

The immunological alterations associated with malnutrition in children may contribute to increased mortality. However, the underlying mechanisms are still inadequately understood, as well as why different types of malnutrition are associated with different immunological alterations. Better designed prospective studies are needed, based on current understanding of immunology and with state-of-the-art methods.

Maternal and child undernutrition and overweight in low-income and middle-income countries.

Ricardo D. Uauy,  Mercedes de Onis,  Zulfiqar Bhutta … (2013)
Maternal and child malnutrition in low-income and middle-income countries encompasses both undernutrition and a growing problem with overweight and obesity. Low body-mass index, indicative of maternal undernutrition, has declined somewhat in the past two decades but continues to be prevalent in Asia and Africa. Prevalence of maternal overweight has had a steady increase since 1980 and exceeds that of underweight in all regions. Prevalence of stunting of linear growth of children younger than 5 years has decreased during the past two decades, but is higher in south Asia and sub-Saharan Africa than elsewhere and globally affected at least 165 million children in 2011; wasting affected at least 52 million children. Deficiencies of vitamin A and zinc result in deaths; deficiencies of iodine and iron, together with stunting, can contribute to children not reaching their developmental potential. Maternal undernutrition contributes to fetal growth restriction, which increases the risk of neonatal deaths and, for survivors, of stunting by 2 years of age. Suboptimum breastfeeding results in an increased risk for mortality in the first 2 years of life. We estimate that undernutrition in the aggregate--including fetal growth restriction, stunting, wasting, and deficiencies of vitamin A and zinc along with suboptimum breastfeeding--is a cause of 3·1 million child deaths annually or 45% of all child deaths in 2011. Maternal overweight and obesity result in increased maternal morbidity and infant mortality. Childhood overweight is becoming an increasingly important contributor to adult obesity, diabetes, and non-communicable diseases. The high present and future disease burden caused by malnutrition in women of reproductive age, pregnancy, and children in the first 2 years of life should lead to interventions focused on these groups. Copyright © 2013 Elsevier Ltd. All rights reserved.

Patrick Concannon,  Luke Ursell,  Rajhab S Mkakosya … (2013)
Kwashiorkor, an enigmatic form of severe acute malnutrition, is the consequence of inadequate nutrient intake plus additional environmental insults. To investigate the role of the gut microbiome, we studied 317 Malawian twin pairs during the first 3 years of life. During this time, half of the twin pairs remained well nourished, whereas 43% became discordant, and 7% manifested concordance for acute malnutrition. Both children in twin pairs discordant for kwashiorkor were treated with a peanut-based, ready-to-use therapeutic food (RUTF). Time-series metagenomic studies revealed that RUTF produced a transient maturation of metabolic functions in kwashiorkor gut microbiomes that regressed when administration of RUTF was stopped. Previously frozen fecal communities from several discordant pairs were each transplanted into gnotobiotic mice. The combination of Malawian diet and kwashiorkor microbiome produced marked weight loss in recipient mice, accompanied by perturbations in amino acid, carbohydrate, and intermediary metabolism that were only transiently ameliorated with RUTF. These findings implicate the gut microbiome as a causal factor in kwashiorkor.

Bacteremia among children admitted to a rural hospital in Kenya.

Thomas Williams,  Kathryn Maitland,  James A. Berkley … (2005)
There are few epidemiologic data on invasive bacterial infections among children in sub-Saharan Africa. We studied every acute pediatric admission to a rural district hospital in Kenya to examine the prevalence, incidence, types, and outcome of community-acquired bacteremia. Between August 1998 and July 2002, we cultured blood on admission from 19,339 inpatients and calculated the incidence of bacteremia on the basis of the population served by the hospital. Of a total of 1783 infants who were under 60 days old, 228 had bacteremia (12.8 percent), as did 866 of 14,787 children who were 60 or more days of age (5.9 percent). Among infants who were under 60 days old, Escherichia coli and group B streptococci predominated among a broad range of isolates (14 percent and 11 percent, respectively). Among infants who were 60 or more days of age, Streptococcus pneumoniae, nontyphoidal salmonella species, Haemophilus influenzae, and E. coli accounted for more than 70 percent of isolates. The minimal annual incidence of community-acquired bacteremia was estimated at 1457 cases per 100,000 children among infants under a year old, 1080 among children under 2 years, and 505 among children under 5 years. Of all in-hospital deaths, 26 percent were in children with community-acquired bacteremia. Of 308 deaths in children with bacteremia, 103 (33.4 percent) occurred on the day of admission and 217 (70.5 percent) within two days. Community-acquired bacteremia is a major cause of death among children at a rural sub-Saharan district hospital, a finding that highlights the need for prevention and for overcoming the political and financial barriers to widespread use of existing vaccines for bacterial diseases. Copyright 2005 Massachusetts Medical Society.

The work was supported by a PhD grant from University of Copenhagen. The funders had no role in study design, data collection and analysis, decision to publish, or preparation of the manuscript.

Data Availability The authors confirm that all data underlying the findings are fully available without restriction. All relevant data are within the paper and supporting information files.
Data availability:
ScienceOpen disciplines: Uncategorized